We heal as One against Covid-19. Click here to know how Pueblo de Oro is doing its part.

We use cookies to ensure you get the best experience on Pueblodeoro.com. By continuing to browse our site, you are agreeing to our use of cookies. Find out more here. 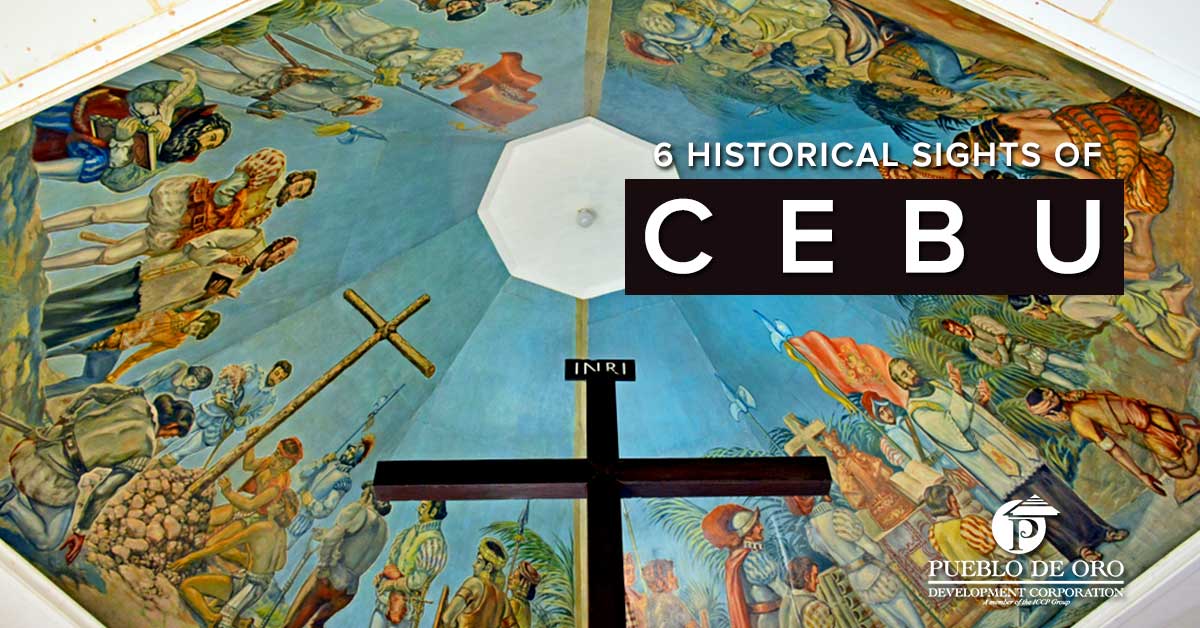 A visit to historical places is a way of getting a glimpse of the past. It’s especially useful in a city like Cebu, where the Catholic faith was first shared. The island is not only blessed with fresh produce and rich land areas but it is also filled with different places that hold various stories of those who came before us.

It is not enough to spend a day to get to know all the facets of Cebu. It can take a month or a year, so it’s better to settle in a Cebu house for sale to unveil what the city has to offer.

Devotees of Sto. Niño or the image of the Holy Child must start their visit in this cathedral to get a glimpse of the mater et caput or “Mother and Head of all Churches in the Philippines.” Spanish explorers led by Ferdinand Magellan gave the Sto. Niño as a gift to the Filipino natives as an appreciation of their hospitality. The next Spanish expedition led by Miguel Lopez de Legazpi retrieved the image upon setting foot on the island. They established the Church of Sto. Niño de Cebu with the help of Fr. Andres de Urdaneta, an Augustinian friar.

The church went through various transformations before ending up as a sturdy structure. Its construction was completed by 1739. Hence, it features European-inspired architecture, mainly Roman and Spanish influences. Sometime October 2013, an earthquake with a magnitude of 7.2 hit the city and heavily damaged the structure. The church is now under construction for repairs and preservation.

The Basilica Minore includes various structures for religious activities. The Sto. Niño Chapel houses the original religious relic encased in a bulletproof glass box. The Child Jesus once used during Fiesta Señor celebrations is available for viewing within the area.

Besides these two, the complex includes an adoration chapel, confession room, library, museum as well as the Colegio del Sto. Niño. Before the year 2000, friars were the only ones who can only access Basilica Del Santo Niño Library. It is now open to researchers studying the image of Sto. Niño, the church, and various religious disciplines. It is located in the basement of the Pilgrim’s Center, features valuable pieces of jewelry and gifts offered to the image during its feast day.

Visitors can visit from Monday to Sunday, excluding Wednesday from 8 a.m. to 4:45 p.m. Entrance fees start at P10 for children and students while adults have to pay P30.

The Basilica complex also includes a chapel for the Cross of Magellan. Ferdinand Magellan along with his Spanish crew planted the cross after the island’s leader, Rajah Humabon, including his family and constituents accepted the Catholic faith through baptism.

The wooden cross stands erect in Magallanes Street named after the Portuguese voyager. It is a National Historical Marker. The chapel’s ceiling includes a painting of the events during the first mass in the archipelago.

The street was part of the town plan for the first Spanish settlement in Cebu. In 1565, Miguel Lopez de Legazpi constructed the town plan for Villa de San Miguel or St. Michael’s Town. The street’s name comes from Cristóbal Colón, the Spanish name of Christopher Columbus.

The street was once an economic powerhouse. Fashionable shops, offices, cinemas and commercial establishments such as Plaza Fair, Gazini Plaza, Rosita’s, and Gaw Trading lined up in the area. It was also close to various educational institutions:

It was also near Parian, the old Chinese district. Filipino-Chinese traders settled in the area to trade their goods. The word Parian comes from “paripari” which translates to “sell or barter.” Colon’s colorful past inspired the historical markers all over the place. The inscriptions bear former acclaimed establishments like Guidetti’s Studio, Lu Do Copra Plant, and Southern Institute.

Names of prominent families in Cebu’s social circle are also present. The markers of residences by Don Tomas Osmeña, Don Victoriano Osmeña, Doña Modesta Singson-Gaisano, Rallos, Tamayo, Vaño and Yap-San Diego are present in various places in the city. The Casa Gorordo Museum showcases the lavish lifestyle of the elite through the antique furniture, clothing and other items.

Nowadays, the street has stalls selling affordable clothing, bags, hardware, jewelry, electric and school supplies. There’s an obelisk by the northern entry to mark the cultural significance of Colon.

The Heritage of Cebu Monument is part of the Parian district and has various images of significant historical events. The group of the sculpture is made of materials such as brass, bronze, concrete, and steel. Construction started in July 1997 and finished in December 2000.

Local artist Eduardo Castrillo lead the construction of the 20-meter monument of Rajah Lapu-Lapu in battle with Magellan, the baptism of the Rajah Humabon and the first Catholic mass on the island as well as the procession of the image of the Holy Child. There’s also an image of the Basilica, Cebu Metropolitan Cathedral, Magellan’s Cross, Sergio Osmeña Sr. and Blessed Pedro Calungsod.

Before it was Cebu Provincial Museum, the compound was Carcel de Cebu or the Provincial Jail of Cebu. The design came from Don Domingo de Escondrillas and was proposed to become the district jail of Visayas because of its grand size. The area was used as a jail for 20 years until a renovation took place.

The renovation added a few buildings following the primary structure. The new additions in the area serve as the galleries of Cebu Provincial Museum. The rooms containing the exhibitions are air-conditioned. There’s also added security features in case guests, and visitors decide to take a photo or steal an artifact.

There’s also a souvenir shop and cafeteria in the compound. The museum is at M.J. Cuenco Avenue in Tejero. It is open from Mondays until Saturday from 9 a.m. to 5:30 p.m. Entrance fee varies from person to person. It starts at P10 and costs up to P75.

Fuerza de San Pedro, known today as Cebu Fort San Pedro, is the first military structure by the early Spanish settlers led by Miguel López de Legazpi. The bastion, built in 1565, has a triangular shape and was first made of wood. It was replaced with stone and concrete materials in 1738 to ward off Muslim invaders.

Renovations took place in 1738 and retained its look ever since. It remains to be the oldest and the smallest tri-bastion fort in the country. A historical marker bears the name of the three bastions namely La Concepcion, San Ignacio de Loyola and San Miguel.

Some these places require a short walk but that’s little consequence compares to the background enbibed in each location. The product of architecture and history does not only exist for viewing, but it is also a mark of the people’s identity. Hence, you can be sure that Cebuanos are proud of their faith and love for their motherland. 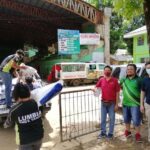 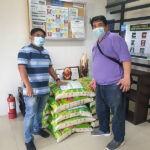 Rice for Hundreds of Families in San Fernando, Pampanga 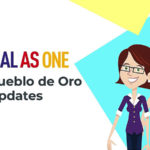